I’ll Sleep When I am Dead

There has been a lot of hype around polyphasic sleeping, being a person who usually lives with less than 5 hours of sleep a night, I thought this might be a cake walk. Being no stranger to lack of sleep, 24 hour gaming competitions, and coding sprints, I thought it would be cool to try out.

There has been a lot of hype around polyphasic sleeping, being a person who usually lives with less than 5 hours of sleep a night, I thought this might be a cake walk. Being no stranger to lack of sleep, 24 hour gaming competitions, and coding sprints, I thought it would be cool to try out.

So like any true seeker of truth I decided over the Christmas break to try out the Everyman sleeping cycle myself. The entire concept behind polyphasic sleeping is to trick your body and mind to quickly get into REM sleep (Rapid Eye Movement) which is the phase of sleep that is most beneficial to brain.

Polyphasic sleeping tricks the brain to quickly jump into this state due to the lack of sleep, as opposed to an hour or two into sleep like rest of you mere mortals.

Everyman, basically consists of core sleep of about 1.5-2 hours with three supplemental sleeps of about 20-30 minutes. There are more extreme sleeping cycles like the Uberman which solely consist of 20-30 minutes sleep intervals every 4 hours.

So I basically had two weeks to get into this sleeping mode, which I thought would be super easy cutting down from 5 hours to 3 hours. I removed major sources of caffeine from my diet so it wouldn’t alter my sleeping.

So the first problem I had to combat is waking up. I had several alarm clocks setup all over my room, So whenever I would get to sleep I would set the alarm for the interval I would be sleeping at and quickly rush to bed.

At first I found it extremely hard to fall asleep in the allotted time, let alone get into the much needed REM sleep (the good stuff), this was the horrible part the transition everyone has been talking about. I failed at the sleeping cycle a few times during this transition. That being said, I found the supplemental sleeps to extremely annoying and non beneficial at this point, and looking forward to my big sleep more and more.

During this week, I found a lot of things changing, my apetite was diminished greatly, extremely vivid dreams as well as an overwhelming amount of time on my hands. If you ever want to do this, I would strongly suggest having some sort of project or a stack of books you want to read and keep your mind engaged, or if your lucky enough fool a friend into doing it with you. Most people will fail here and fall back into regular sleep cycle simply due to boredom.

Now on to the good stuff. During the second week I was able to successfully sleep for 30 minutes and beat my alarm clock most of the time. I was still extremely drowsy when I would wake up and would need non-negligible amount of time to get productive again. I had started a coding project during this time, I found myself extremely unfocused during the entire process and found it difficult to execute on what I had in mind, and getting caught up on the details often. Very similar to the end of coding sprints I have participated in the past.

That being said I found myself quickly disinterested in what I was working on after a mere 1 hour or so. I found myself constantly  switching between reading, coding or the next shiny thing finding it hard to focus on any given one.

I also have a theory about just being conscience that long, you start to lose a sense of time there is no finality just this never ending loop of waking up and sleeping, I know this is hard to understand, but if you think about it; when you sleep at night; you have this ease about putting the day behind you and moving on to a new day. With this you never have that finality its just infinite cycle of sleeping and waking up. I would be interested to know if other experienced this.

This is impossible to keep up with any type of social life, unless your friends with a bunch of vampires. You can never be away from a bed or a place to sleep for anything more than 4 hours. You have to be extremely vigilant with your sleeping, the slightest change in sleeping can leave you very tired and slipping back to monophasic sleeping. To be honest it a lot of hassle to just squeeze an hour or two more waking hour which is basically spent waking up.

As for writing code like this, you will be better served sleeping once, and just stocking up and tea and coffee until you finish what you need to get done. Sleep is better for creative mind and learning.

Sleep you need it. 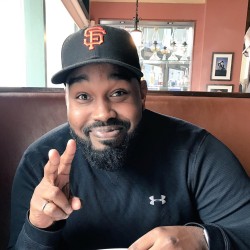